In their economic forecasts, the federal reserve

board members and presidents have reaffirmed their commitment to their hawkish stance toward interest rate hikes.

Rate hikes are bad for crypto values, as has been proved many times over the past few months, and many predict volatility will persist in the short run. The host of coin bureau 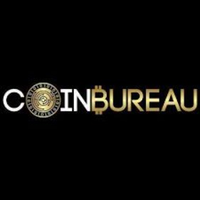 , Gay Turner, who has 80,300 subscribers on YouTube, has also issued a caution to the public that the FED’s chopping event will have a negative influence on crypto assets.

(BTC) could decline by more than 35% from its present valuation.

“As interest rates rise, investors will be less likely to put their money into riskier assets such as stocks and cryptocurrency.”

Due to the market’s persistent trend toward selling, the analyst predicts that BTC might fall to as low as $12,000 in the coming months. If this happens, the current market upheaval at $18,000 would seem like a picnic.

In a nutshell, whether you’re investing in stocks, cryptocurrency, or pretty much anything else, it’s best to prepare for a brutal winter.