The global cryptocurrency market has stabilized during the past 24 hours after a few turbulent days, with a 0.58% increase in the market capitalization of all cryptocurrencies.

A cryptocurrency analyst has issued a warning to Bitcoin owners, saying that the recent BTC rise may have been the last leg up before a more significant corrective move.

According to a new strategy session by analyst donalt 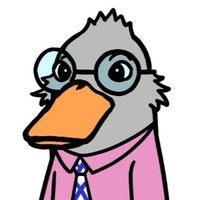 , if BTC bulls fail to maintain the present rise, Bitcoin’s support near the $18,000 mark, which has held the king cryptocurrency reasonably constant since June, would probably not hold.

“So basically, if you’re bullish, you’re going to have to pray that this resistance ($21,000) goes. You have to break it. If you’re bearish, if you sold into resistance, you have a pretty neat entry, and you can bet on basically [a] breakdown just based on the fact that we’ve had for once had a little bit of an impulse [rally].”

The analyst argues that even if a potential correction may be approaching, BTC bulls still have the power to dismiss his analysis and spark a 40% rally for the leading cryptocurrency.

He said that the target is quite high. One can therefore aim for $29,000 if this breakthrough holds.

After staging a significant return, the price of BTC has been in a consolidation period for the past few days. It continues to be marginally above the significant psychological threshold of $20,000 as well as the 25- and 50-day moving averages. Only time will tell if Bitcoin has finally changed direction.