The global crypto market is stuck in a tug of war between the bulls and bears. Meanwhile, Solana, which is considered one of the fastest growing blockchains along with a reliable smart contract network, appears to have an opportunity in this bearish market trend.

Followers : 0 View profile platform is among the most developing platforms and has recently collaborated with gamefi 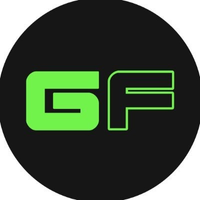 Followers : 0 View profile , which along with its NFT projects, are expected to boost the Solana (SOL) price.

Magic Eden is a decentralized NFT marketplace built on Solana that allows users to buy, sell, and trade. This NFT has made a record total of 5.5 million trades, which accounts for nearly $801 million on its marketplace from the start of this year.

According to Reid Hoffman, getting into the NFT drive in the present bear market is like a grabbing opportunity as he considers market correction as a good moment for experimentation.

Hoffman claims that the ongoing bear market is an excellent opportunity for experimentation when the long-term is considered. He further says that the industry’s developers and entrepreneurs create the most reliable products and use cases for long-term wealth creation.

On the other hand, when the data for Transactions per Second (TPS) is considered, the analysts at The Tie, a leading information provider, believe that Solana is on a more positive trend than other chains.

For example, Solana’s block size is superior to that of Avalanche, resulting in a higher TPS- as displayed in the chart below.

Further, the strong support for Solana (SOL) is around $37- the region for buying the dip.