On November 5th, Google announced that the Google Cloud would run a validator on the Solana blockchain. This news caused the SOL price to spike by nearly 15%. However, the bulls couldn’t maintain the momentum for too long; thus, the currency began trending toward the south in the early hours of today. 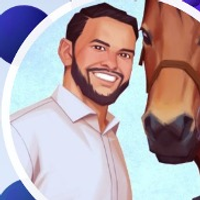 , will soon claim a massive bull run. He added that he was so bullish since ftx exchange

The analyst claims that if Solana manages to regain $34.50, then the currency can easily trade beyond $40.

He isn’t alone regarding this perspective. Another crypto analyst, Immortal, is also on the same page as Clark. Immortal makes an effort to inform his 180,000 followers over Twitter that Solana is about to surge towards a target of $50.

Even a popular analyst, altcoin sherpa

, has joined in agreement. He believes that in the coming weeks, Solana will regain a target of $40.

It’s essential to understand that each analyst has their own set of facts based on which they predict specific targets for the assets. Hence, if Solana has to make its bullish move, then the altcoin should first capture its price trend above $34 before moving past $40.