Cardano Price (ADA) and Ethereum (ETH), according to crypto influencer Lark Davis, are poised to rally 300 percent from their current values.

Davis takes to Twitter and YouTube this week to give his fresh perspective on the future of ADA and ETH, as the overall crypto market cap exceeds $2 trillion.

Cardano (ADA) is expected to skyrocket after the smart contract launch in August, according to crypto expert Lark Davis. He predicted that the price will double in the weeks leading up to the case. Lark drew the attention of many crypto enthusiasts as a result of this.

Furthermore, Cardano has remained in the spotlight as a result of the team’s outstanding achievements. Cardano’s creators are expanding their team. They’re filling new positions just in time for the Alonzo update to begin in August.

As a result, ADA will get smart contract features in this long-awaited update. According to Tim Harrison, IOHK’s marketing and communications officer, the company is recruiting like crazy due to the surge in interest in the smart contract platform.

Davis projected in January that Cardano’s ADA token would comfortably sail to $1.00 over the long term and possibly reach $4.00 or $5.00 during the current bull cycle.

At the time of publishing, ADA, the seventh-largest crypto asset by market capitalization, was valued at about $1.32.

According to Lark Davis, Ethereum has a lot of potential and will firmly establish itself as a deflationary currency by the end of the year as its value rises. During that time, the analyst believes the digital currency would operate on a proof-of-stake consensus mechanism.

When it comes to Ethereum, Davis believes it will appreciate by at least 300 percent during this bull run, and that purchasing the top smart contract network for less than $3,000 is still a bargain.

He believes that Ethereum will become deflationary in 2021 and switch to proof of stake. Buying for less than $3,000 is still a bargain in his opinion.

We’re just around a third of the way into the current trading cycle, and Ethereum is already approaching $3,000 in value. If we fast forward six to twelve months, he believes that Ethereum can easily reach $10,000.”

According to Davis, $10,000 per coin would give Ethereum a market cap of $1.2 trillion, which isn’t outrageous given the platform’s domination in the room.

This is the fundamental smart contract platform. It is the beating heart of the cryptocurrency industry. Things are priced in Ethereum. You see it is the heart of DeFi (decentralized finance), the heart of NFTs (non-fungible tokens), token launches, all other stuff. And yes there are many other blockchains coming up… 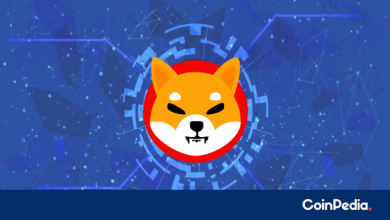