The competition between dogecoin

Followers : 0 View profile is getting hotter as a new meme coin season appears to be in its early days. According to market cap, the two biggest dog coins are now ranked 10th and 12th, respectively. Dogecoin was recently surpassed by Shiba Inu in terms of Twitter followers.

Last week, there was a sharp increase in bullish momentum for Dogecoin pricing, which caused an immediate boom. This action forced DOGE to retest a significant barrier, but it was unable to go over it, and despite two efforts, the resistance level is still in place.

Will DOGE Price Experience a Breakout? 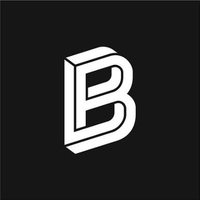 Followers : 0 View profile , the Dogecoin cryptocurrency may be about to make a breakout. A break above the declining trendline would show that interest in the doge meme coin is rising.

Dogecoin is the best-performing cryptocurrency in the top 100 during the past 24 hours, surging by as much as 14.24%. On the Binance market, the cryptocurrency climbed to an intraday high of $0.089, the highest level since early June.

Even if interest in meme cryptocurrencies is still much below its high in 2021, Dogecoin’s recent rise suggests a comeback. DOGE has increased by 36% in the past two weeks. It is yet unclear whether this is only a passing fad or the beginning of a new trend that might lead to another retail-driven dog coin frenzy.

When compared to other altcoins, Dogecoin’s collapse was severe. Dogecoin was introduced in 2013 as a satirical imitation of bitcoin org

Followers : 0 View profile . Investors who purchased the meme coin during the height of the craze in May are still down about 88%. At the time of writing, Doge was trading at .$0.084 and was up by a staggering 9 percent.

Cardano’s Djed Stablecoin is Just one Final Audit Away