developer, has announced that the highly awaited Vasil upgrade will occur on September 22. After “extensive testing” of all key components, the business was able to publicly declare the date. Technical issues forced numerous postponements of the Vasil upgrade, which was first scheduled to happen in June.

The Vasil hard fork, according to Input Output, is the biggest upgrade to date because it will significantly increase the network’s capacity. Additionally, Cardano developers will have the ability to create more complex decentralized

The Vasil Upgrade is named in honor of the late Vasil Dabov, a devoted Cardano community member. It seeks to strengthen the Cardano network and raise its general efficiency. Additionally, the Vasil Upgrade will reduce block interaction latency while boosting Cardano’s script’s throughput and efficiency.

To proceed with the upgrade, Input Output required to confirm that at least 75% of mainnet blocks were being generated with node version 1.35.3.

In addition, it has to integrate with about 25 exchanges, which together account for the majority of ADA token liquidity and the biggest decentralized applications in terms of total value locked.

Due to the fact that Cardano is now performing “good” in relation to all of these indicators, the hard fork date has been formally confirmed.

Just as the chain is getting ready for the crucial Vasil upgrade, Cardano  has now been listed on robinhood 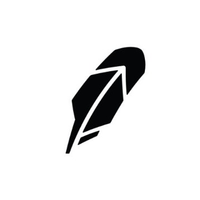 platform, the company said in a statement on September 1.

Users of Robinhood have access to trade the ADA and get exposure to its spot price on the same day. According to Robinhood, the platform included ADA because of demand.

The Robinhood listing happens as Cardano gets ready for the eagerly awaited Vasil upgrade. The mainnet update, which was originally planned for July, was postponed in order to address bugs and guarantee the rollout of a stable upgrade.

Altcoins to Lookout For, Amid the Low Volatile Market Conditions