An analyst, anonymously known as pentoshi 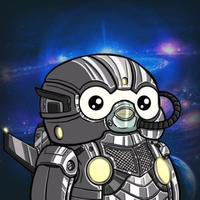 The analyst feels that this price level will either lead the rally to move forward or cause it to plunge down further.

When technical analysis is considered, if an asset hits a certain price area multiple times, it indicates that a breakdown is approaching. This is also due to the fact that around that particular price range the demand for an asset has declined.

at the peak of the latest uptrend in BTC, and thus, they are more likely to face a greater risk of losses in the market and would be desperate to sell their holdings after experiencing panic at the current price movements.

The analyst claims, that though there are many who insist that they purchased Bitcoin at the bottom, exchanges have observed maximum purchases when Bitcoin was at $24,000.

Further, Pentoshi points out that the flagship currency is now selling below the 200-weekly moving average, which indicates that it has reached the bottom in its earlier trading cycles.

Next, the analyst talks about the second largest cryptocurrency by market cap, Ethereum. He alerts the traders that Ethereum is trading below its important resistance area, which indicates that there will be a massive bearish pull soon.

Altcoins to Lookout For, Amid the Low Volatile Market Conditions