Austin Arnold brings a set of altcoins for the month of April which are likely to explode. He names 12 altcoins in his latest video which are worth keeping an eye on.

For starters, he names Ethereum-based virtual real estate world Sandbox (SAND) which is like Ready Player One kind of deal where you possess virtual real estate, and where you can construct like Minecraft type stuff on the SAND game. MANA coin is used as currency in a virtual reality game called Decentraland and Most of Mana’s latest price boost has come from the jump in bitcoin price.

“The world is trending more digital and Decentraland and the Sandbox are setting themselves up to be major players in this VR virtual real estate revolution.”

THETA that recently postponed its Mainnet 3.0 launch is fourth on the list and it also has entered the list of top 10 cryptocurrencies.

“The reason they are pushing this until June is the company stated that its development team is still working to incorporate some building blocks for a non-fungible token, or NFT marketplace for the Theta mainnet 3.0.”

Just as the demand has improved for Uniswap with the news of Uniswap V3, it kicked off a price rally at the beginning of 2021. Arnold notes that it’s features are attractive and unique which increases its potential.

Ethereum is already making headlines and the second-largest cryptocurrency is gaining a lot of investor interest these days according to Arnold.

“Big money is going to continue to gobble up Ethereum because the barrier to entry just became so much easier.”

Cardano’s (ADA) expected to foray into Africa through public-private partnerships, according to Arnold, is good news for the smart contract platform’s price because it puts the fifth-largest crypto asset in a position to expand its ecosystem.

TrustSwap which is Rising to Become One of the most Diverse Ecosystems in DeFi makes it place in his list.

It might for sure leave a lasting impact in the DeFi sector and possibly even become one of the most prominent tokens in the industry someday.

Chainlink and Filecoin are next on his radar as recently Decentralized storage network Filecoin has merged with decentralized finance (DeFi) oracle service Chainlink due to which it has gained a lot of attraction.

He sums up his list with Polygon (MATIC) which has tried to become user friendly by cutting down the gas costs.

“They have recently partnered with Ocean Protocol for lower gas fees. So we are seeing the ecosystem that is Polygon continues to grow.” 1inch Corrects After a Rally, Here’s Why 1inch Spiked to Glory 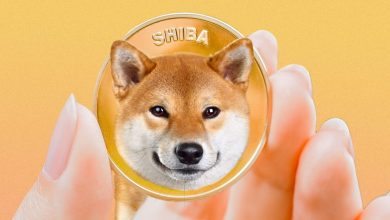 Cardano Price Exhibits Volatility! What Lies Ahead For ADA?